Interview at Once Written, Twice Shy

Have you ever met a shy writer? Someone who avoids the spotlight? You know, a person who is much more comfortable blending in with the background instead of jumping into the fray of conversation?

Yes, I am a recovering introvert. I've been interviewed today about my introvert tendencies at Once Written, Twice Shy. Stop by and learn how I handle being a shy writer (and bookseller!) and my method for overcoming it.

This blog is a fantastic learning experience, by the way. It is a comfort to discover that I'm not the only shy author out there! I enjoy reading the posts and interviews with other authors. While you're there reading my interview [wink], definitely take the time to read the others. I'm not alone with my bravery in stepping out of my comfort zones! :)
Posted by Tricia Schneider at 12:00 PM No comments: Links to this post

LASR Book of the Week

My book was up against some great competition over the weekend at Long and Short Reviews. The Witch and the Vampire was nominated for Book of the Week. I was notified yesterday that it won!! This is the first contest my book has won and I'm ecstatic! Be sure to check out the fabulous 4.5 book review, too!

Posted by Tricia Schneider at 5:44 PM No comments: Links to this post

Email ThisBlogThis!Share to TwitterShare to FacebookShare to Pinterest
Labels: Book of the Week, book trailer, LASR, Long and Short Reviews, The Witch and the Vampire

Book of the Week 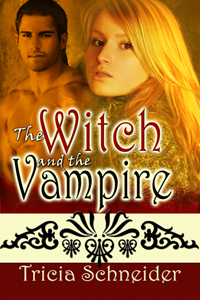 Here's some exciting news! My book, The Witch and the Vampire, is up for Book of the Week at the Long and Short Reviews! I implore you to stop by, read the reviews and vote. There are some really good books up this week. I'm honored to be among them.

Voting is held Saturday, April 9th and Sunday, April 10th. The author of the winning book will earn a custom made book video and a button for their website and blog.

http://www.longandshortreviews.com/LASR/index.htm
Posted by Tricia Schneider at 4:52 PM No comments: Links to this post 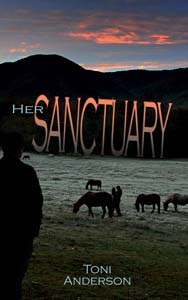 Please welcome, Toni Anderson! Thank you for joining me today, Toni! It's lovely to have a chance to ask you a few questions!


Do you belong to a writing group or other professional organization? Do you feel belonging has benefited your writing?
I belong to Romance Writers of America and a Chapter within that organization called ‘Kiss of Death’. I felt a little odd joining at first because I was in the UK and I’m not American. And then I kind of figured out that although it started in the States, in reality, it is now a global organization. They helped me in many ways. I’ve attended two national conferences which have been incredible experiences both personally (meeting other writers, editors and agents) and professionally (meeting writers, editors, agents J and attending workshops). The Kiss of Death Chapter always organizes a conference pre-tour for its members, to Sheriff’s departments, the CIA, State Department, FBI, etc. This year they’re going to the US Coastguard in NYC. The programs they arrange are fantastic. Kiss of Death also run online writing courses designed for people who write mystery and romantic suspense--like me!
2.
If you hadn’t become an author, what career path would you have chosen?
My career path was pretty set. I was a Fish Biologist/Research Scientist with two Post-doctoral Research Fellowships under my belt. I took a break to have babies and during that break I started writing. After that I was hooked :)

1.      Where is your favorite place to travel? A favorite vacation spot? Have you ever used this place as a setting in one of your stories?
This is a tricky question in some ways. When I lived in Scotland I’d have said my favorite vacation spot was France or Australia, but now I’m in Canada I have to say my favorite vacation spot is back home in the UK—Shropshire and Scotland. When not making giant jaunts across the world, we make giant jaunts across Canada. So I guess my favorite new vacation spot would be Bamfield on Vancouver Island. Great remote beautiful part of the world. Peaceful and wild.
And yes, I’ve set stories there. Two in Scotland. One planned for Bamfield.
1.      What book or author has influenced your writing the most?
It has to be the great Nora Roberts. Perhaps not her prose or her characters precisely, but I love the breadth of her storylines and the fact some often avoids the run-of-the -mill ‘serial killer out to get me’ trope. I’m also a big admirer of her work ethic and her productivity. I strive to be as professional as Nora.
2.      If you could have dinner with 3 people (dead or alive), who would you choose?
3.       Hmm, Nelson Mandela, Bruce Springsteen and Sandra Bullock. These people inspire me and I can imagine we’d share a few laughs.
Author Biography
Toni Anderson is a former marine biologist who conducted her Ph.D. at the Gatty Marine Laboratory in St. Andrews, Fife, Scotland.  She was born and raised in the U.K., but now lives in the Canadian prairies with her husband and two children, living about as far from the ocean as possible. Her stories are set in the stunning locations where she’s been lucky enough to live and work—the blustery east coast of Scotland, the remote isolated mining communities of Northern Labrador, the rugged landscapes of the U.S. and the Red Center of Australia.  She escapes the long brutal Canadian winters by writing Romantic Mystery and Suspense stories.
Toni’s first Romantic Suspense novel, HER SANCTUARY, was released in 2009 and she published two more in 2010, both set in Scotland (SEA OF SUSPICION & STORM WARNING).
Connect with Toni on her blog
Facebook
FacebookBook Page
Twitter
Sign up for her (occasional) Newsletter
HER SANCTUARY

Running for her life, ex-FBI agent Elizabeth Ward escapes to Montana with a new identity. She craves peace and solitude, but instead finds handsome rancher Nat Sullivan.
Nat is trying to hold his ailing family together, while struggling to keep the ranch from bankruptcy. The last thing he needs is a beautiful stranger reminding him there is more to life than work.
But Elizabeth isn't what she seems. And when a murderer and rapist track her down to the remote ranch, they all find out about the power of revenge.
Revenge or Redemption...Which would you choose?
ISBN-13: 978-1601544186
ISBN-10: 1601544189
AVAILABLE in print and digital from many online retailers including The Wild Rose Press and Amazon.com
Posted by Tricia Schneider at 7:46 AM 7 comments: Links to this post

Today I'm at Emma Lai's blog. She's interviewed me about writing and my new novella, The Witch and the Vampire. If you have a moment, please stop by and say 'hi'!
Posted by Tricia Schneider at 3:10 PM No comments: Links to this post