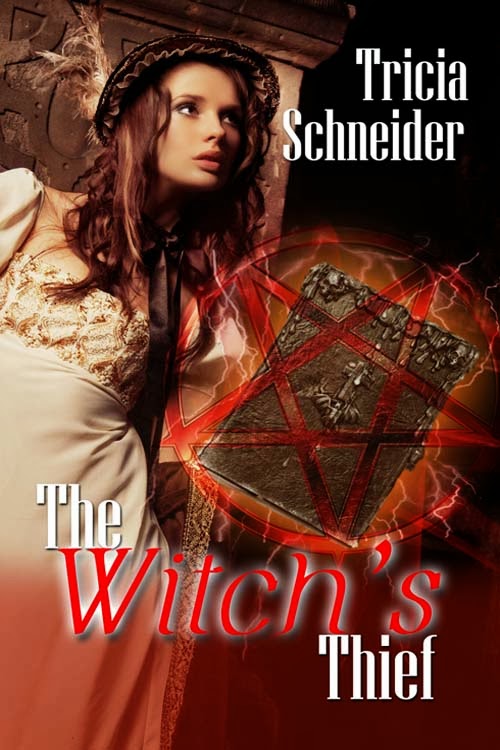 Today is the world-wide release day for The Witch's Thief! It's now available in e-book and paperback!

To save her sister’s life, Julia Grey seeks a spell hidden somewhere within Merriweather Manor. Her position as a lady's companion affords her the freedom to search the house. But time is running out. The necromancer she's bargained with is growing impatient. And an unexpected appearance of a man from her past makes matters worse in an already complicated situation.

“What are you doing?”

He ignored her frantic questioning. Instead, he blocked out the sound of her voice and raised his arms into the air at his sides, his fingers splayed out as he extended his senses to scan the area. His power eased out, like extensions of his fingertips, stretching into the corners of the room, seeking, searching for the source of the magic he sensed.

It was here. Somewhere.

He had sensed it earlier on his arrival, but being that his aunt and siblings practiced magic on a regular basis he’d never given it a second thought.

This room, however, stank with it. He smelled the odor, something strangely like sulfur...

“A spell has been cast in this room,” he muttered. A strange spell. Odd. A spell he’d never sensed before, something new. It felt off in some way he couldn’t explain. Who would be working new magic of this kind in his home? And, in this room in particular. Aunt Petunia worked her spells in the privacy of her rooms upstairs, or sometimes in the gardens, but never in this room. And his siblings each practiced in their own private settings, places where they could concentrate without the threat of being disturbed.

He took a step closer to the center of the room where he sensed a surge of power. He shivered as coldness seeped into his skin. It wrapped around his arm, sinking into his flesh, right down to the bone.

The magic in his house was always full of warmth and gentleness. Goodness and love. This magic chilled him to the bone. His heart skipped a beat. There was fear, terror, pain.

This spell was full of darkness.
Posted by Tricia Schneider at 3:18 PM