I bought two books in a new series by Zoë Archer. Yes, I only bought Books #1 & #3. They were the only ones stocked on the store shelf. But, I have #2 on my wishlist. And since I buy faster than I read, I have a little time before I get to this anyway.

And, I bought Pink Jinxed by Sandra Hill! For some reason I thought I already had this book, but last week when I was sorting through my bookshelves, I discovered it was missing. Maybe.

Books rarely go missing in my house. In fact, I've only ever misplaced 3 books and 1 was recently found. Those gremlins haunting my house still haven't given up the first 2! But, in this case, I might have been mistaken. Sometimes during my years working at the bookstore, there were times where I stocked and shelved books I wanted to buy but never did. Then later, I thought I bought them because I remember wanting to buy them.

Does that make any sense at all? 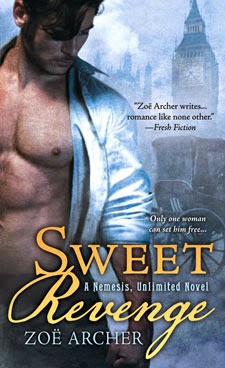 In the Business of Vengeance

When Jack Dalton escapes from Dunmoor Prison, he has only one thing in mind—finding the nobleman who murdered his sister and making him pay. But when he reaches the inn where the Lord Rockley is rumored to be staying, three well-dressed strangers are there to meet him instead. And the pretty blonde is aiming a pistol right at his head…

Joining Nemesis, Unlimited has made Eva Warrick much more than the well-mannered lady she appears to be—one who can shoot, fight, and outsmart any man in the quest to right the injustices so often suffered by the innocent. She’s not afraid of the burly escaped convict, but she is startled by their shared attraction. She and her partners need Jack’s help to get to Rockley, but Eva finds she wants Jack for scandalous reasons all her own… 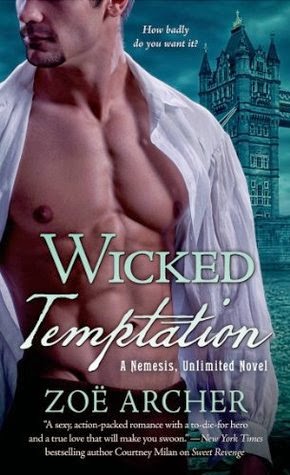 
FATE BROUGHT THEM TOGETHER.

Newly widowed, Bronwyn Parrish’s fortune has been spent settling her late husband’s debts—thanks to an unscrupulous business manager—and now there’s nothing left. Society has no place for a woman without means, and with nowhere to turn, Bronwyn is lost…until, from out of nowhere, a handsome gentleman steps in and makes her an offer she can’t refuse.

WILL DESIRE TEAR THEM APART?

Secrets and subterfuge are in Marco Black’s blood. As one of Nemesis, Unlimited’s most senior agents, Society women aren’t his usual cup of tea. But Marco’s sixth sense tells him that there’s more to Bronwyn than meets the eye…and he wants to help the brazen beauty retrieve her lost fortune. But is his attraction to her worth the risk? His mission will lead him all the way to Les Grillons, France’s most ruthless crime syndicate. Soon, Marco and Bronwyn will find themselves facing a danger that could cost them their lives—and a passion that is priceless. 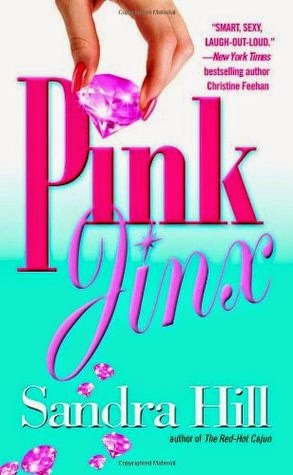 Straitlaced Boston lawyer Veronica "Ronnie" Jinkowsky knows something's fishy when her estranged grandfather lures her to his New Jersey treasure-hunting business with woeful tales of old age and bankruptcy. But she never expected the salty old dog to shanghai her into a hunt for pink daimonds with her poker-playing, four-time ex-husband Jake Jensen in tow.

Betting her heart on Jake was always a losing proposition, yet just the sight of his come-hither blue eyes is still enough to melt her steely resolve. Now Ronnie's on a high seas adventure that throws together lost gems, a lost ship, and lost love—not to mention a Mafia widow, her two goons, and an elderly Cajun matchmaker.

And Going Down for the Last Time!

Trapped with t man she could never learn to live with—and was never happy without—is Ronnie fated to be forever jinxed in matters of the heart?

What books did you buy this week?
Posted by Tricia Schneider at 8:31 AM No comments: Links to this post

I stumbled upon this book meme while I was browsing for new books. And since I have a compulsion to buy or borrow books faster than I can possibly read them, I decided it might be a good idea to participate in this since I love talking about books with other readers.

Last week I was lucky enough to stumble upon 2 books that were listed as Bargain Books. I think its because the covers were slightly creased. Although the sight of a creased cover usually disturbs me, the price was too good to resist! 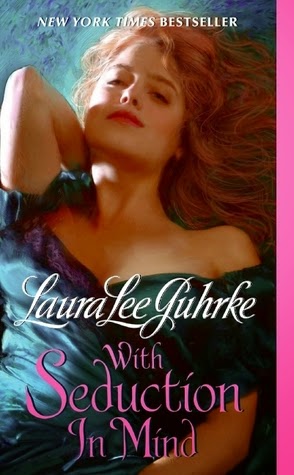 With Seduction in Mind by Laura Lee Guhrke

London Society is harsh for a young woman with no family connections who has to work for a living. But when Daisy Merrick is sacked from yet another job, the feisty and outspoken miss comes up with a plan that could give her a future beyond her wildest dreams. There's only one problem. Her success depends on a man, the most infuriating, impossible, immovable man she's ever met. His resolution...

Sebastian Grant, Earl of Avermore, is England's most infamous author. Known for his notorious reputation, he is more interested in play than work, and has no intention of cooperating when Daisy shows up on his doorstep with a mad plan. The provoking, fire-haired beauty stirs his senses beyond belief, and Sebastian knows he has only one way to stop her. Seduction. 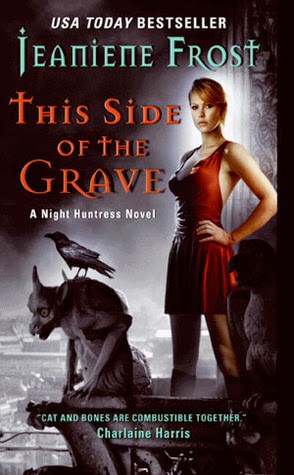 This Side of the Grave by Jeaniene Frost

Danger waits on both sides of the grave.

Half-vampire Cat Crawfield and her vampire husband Bones have fought for their lives, as well as for their relationship. But just when they've triumphed over the latest battle, Cat's new and unexpected abilities threaten to upset a long-standing balance...

With the mysterious disappearance of vampires, rumors abound that a species war is brewing.  A zealot is inciting tensions between the vampires and ghouls, and if these two powerful groups clash, innocent mortals could become collateral damage. Now Cat and Bones are forced to seek help from a dangerous "ally"--the ghoul queen of New Orleans herself. But the price of her assistance may prove more treacherous than even the threat of a supernatural war. ...to say nothing of the repercussions Cat never imagined.

What books did you buy this week?

Posted by Tricia Schneider at 7:08 AM No comments: Links to this post