Book Spotlight: A Woman of Honour by Marlow Kelly


A Woman of Honour  by Marlow Kelly 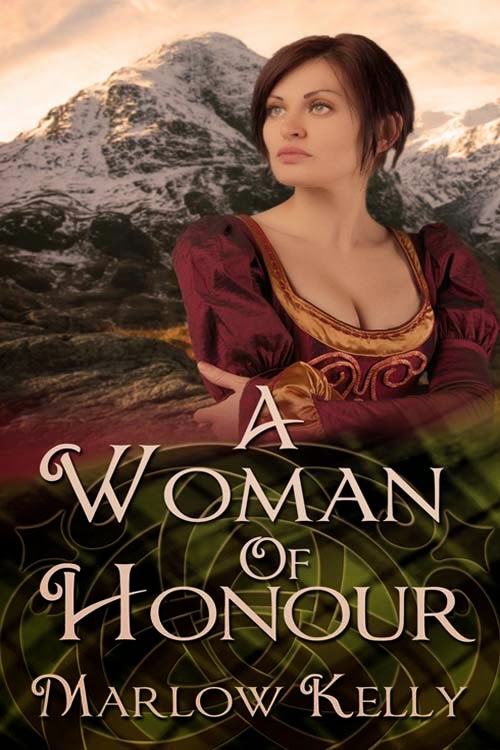 Blurb
Duncan Campbell wakes to discover he is imprisoned with a woman in his enemy's dungeon in the Highlands of Scotland. The disenchanted warrior hopes his last few moments on earth will be spent in the arms of the sweet-voiced Isabel. If only she will cooperate.

Isabel Douglas has no intention of obliging the crude captive. The penniless noblewoman considers herself too tall and thin to be desirable. She intends to become a nun. But first, disguised as a boy, she must deliver an important letter to Scotland's hero in hiding, King Robert the Bruce.

Together, the pair make a daring escape that plunges them into the bleak countryside in the middle of winter. In the struggle to survive, they learn the true strength of their feelings for each other. But when Duncan's animosity towards the king becomes evident, Isabel must decide between her heart and her country.

Excerpt #1
Duncan Campbell drifted into consciousness and opened his eyes to absolute blackness. He lay perfectly still on the cold, dirt floor listening. A small rustle of fabric echoed in the darkness. He cocked his head, getting a sense of the sound’s location, then rose to his feet.
“Tell me who you are before I tear you apart,” he roared, seizing his opponent. Whoever it was didn’t answer, just silence. A fist punched him on the nose. Pain ricocheted through him, and he grabbed his face. In the dark, he lost his balance and fell in the dirt, cradling his head in his hands.
“Oh my, are you all right?” asked a small voice.
“No, I’m not.”
“You threatened me, and I wanted to give you fair warning I will fight back if you touch me.”
The lyrical voice stunned him. A woman? She spoke Gaelic with a strong, lowland accent. He shook off the pain and asked,
“Where am I?”
“Dunstaffnage Castle. Don’t you remember your capture? I’ve heard of people getting a bump on the head and not remembering their own name. Is that what happened to you? Did you bump your head?”
Lord, she was talkative.
“Is it?”
“I remember I was hit from behind scouting the bast….Are we in the dungeon?” He rose to his feet.
“Yes.”
He grunted. On the bright side he hadn’t gone blind. On the other hand they were in a dank, windowless cell with no hope of escape. There wasn’t even a sliver of light coming through the door. 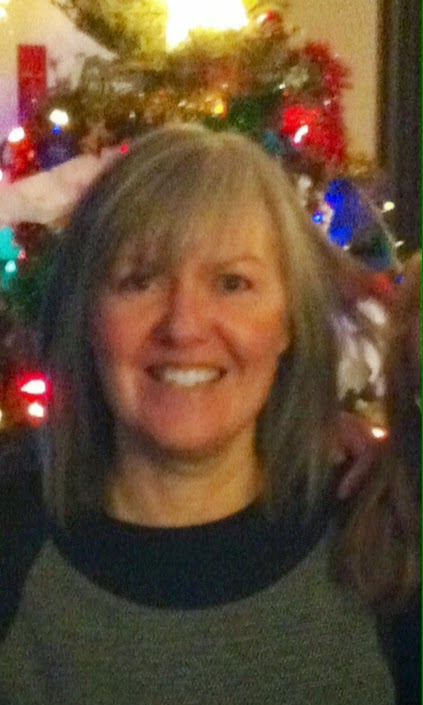 Marlow Kelly Bio
After being thrown out of England for refusing to drink tea, Marlow Kelly made her way to Canada where she found love, a home and a pug named Max. She also discovered her love of storytelling. Encouraged by her husband, children and let’s not forget Max, she started putting her ideas to paper. Her need to write about strong women in crisis drives her stories and her curiosity regarding the lives and loves of historical figures are the inspiration for her characters. You can visit Marlow at www.marlowkelly.com, Facebook, Twitter, Goodreads and Pinterest
Posted by Tricia Schneider at 6:55 AM