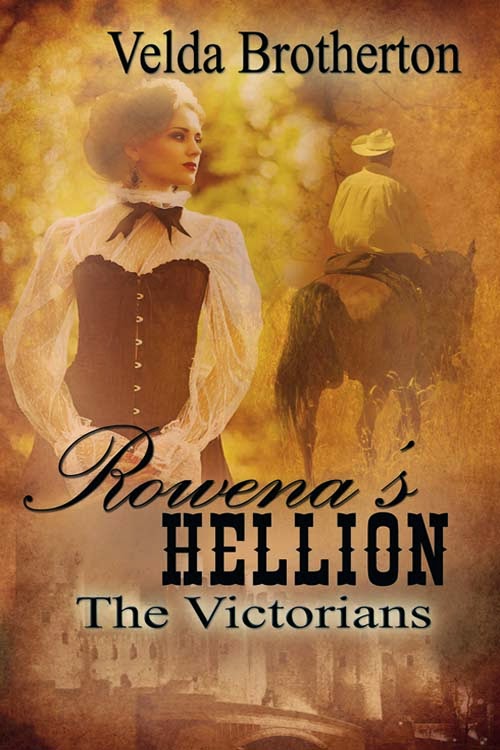 Loving a man damaged by war is a challenge, but Blair’s haunted eyes capture Rowena’s nurturing heart. She struggles to bring peace to this man who rides the Kansas prairie in the moonlight, wild to escape the demons who follow him from the battlefields.The woman haunts him as well, but he dare not follow his desires for fear he will hurt her.

The heated desire erupted to fill him, body and soul. It was like being submerged in warm, sweet water when he held her. She ran both hands beneath the folds of the dressing gown, hesitated when they touched his bare skin. Her eyes widened, and he gazed into them, wanting her so badly his ears thrummed, his heart pounded, his groin ached.

He placed his hands over hers, drew them down across his stomach. He wanted her to touch his erection, but the way he felt that could cause an eruption he couldn't stop. So he guided them instead behind to cup his buttocks. Her fine skin against his was enough to send a charge of white hot passion to his very core.

His mouth found hers hungrily, he nudged gently with his tongue, kissed her some more and gave her time to get the idea. When her trembling lips opened to him, he drank of her sweetness, tongue exploring the satiny mouth.

All those clothes between them. The stiffness of the corset, the layers of camisole, slips, skirts, leggings. By the time he managed to disrobe her, it would be too late. Too long he'd denied his feelings for this woman and his body had built up a frightening kind of longing he wondered if he could control.

"Rowena, love. Are you sure you want to do this?" God, she was voracious. Having had no experience with women other than whores, he was amazed at her desires. He'd always heard Victorian women were quite the prudes. Perhaps she had no idea how she was affecting him.

"We will be married soon, is that not your plan? So why can't we enjoy what our bodies are crying out for?" Her hands explored on their own while the deep kissing continued. She made sweet little sounds in her throat and, without pulling away from his kiss, worked the fabric down off his arms.

He lay back, forced himself to wait to see what she would do next. Unlike her, he was naked. Fully exposed. That might stop her.

If not he'd let her have her way with him. It would be quite enjoyable.

"Sweetheart," he murmured, wrapped his arms around her and pulled her close.
Ripples of goose bumps followed her touch trailing over his ribs to finger at his nipples, which she began to kiss, suck and lick.

What a sensation. It was all he could do to keep from ripping her clothes off. When she ran her tongue along his ribcage and around his belly button, he fumbled at the partially concealed breasts. She lifted her skirts and straddled him, coming down hard on his erection and saying Oh in a long, drawn-out trembly voice.

Dear God in heaven. No lady of the evening had made him feel such a passion. He thought he might go blind.

"Rowena. Sweet one," he said, mouth between her breasts.

Perhaps she wasn't at all what he'd thought when he first saw her sitting on a bench in the sunlight, hair blazing as if a halo circled her head. The nuns smiling and patting all three girls' shoulders. Damn their souls to hell, no better than selling those three to him. And even worse, him accepting the offer.

Without a word she rose, then slid back down hard, wriggled this way, then that, rose until he came near to slipping out, then lowered herself ever so slowly. She kept it up till he knew he would burst at any moment.

Still he held back, keen on seeing what she had in mind. But it wasn't easy, her struggling with her skirts so that every movement transferred itself to his aching penis. The skirts billowed over their heads like a comical tent and she eased forward, back, forward again. Stopped. Gazed down into his eyes, hers glazed with passion. She was wet and hot and tight. A small ooh escaped her mouth and she remained still for a long moment. He waited for her, and when she began to move forward and backward again he almost lost his mind. Both hands grabbed her around the waist, held on.

"Wait a minute." His head throbbed, fear rattled at the gates of his mind and he snuck a peek over her shoulder to make sure they were alone. The door stood open, the buckets she'd carried waiting there. The visitors he looked for didn't need an open door and he scanned the room closely.

She wiggled, pulled away till he almost lost her, then came back to him in an agonizingly slow movement that took him deep inside her.

His thoughts echoed hers,. He was about to leave the world, spin away to another place. A second, a third, a fourth time, pulling him deep, slipping away. She came in waves and this time he let go, soared into that distant place, the experience so mind rending he lost all sense of time and place. He kissed the sky, then burst into a million glittering pieces that fell back and slowly gathered themselves together to become a mere man once again.

Stricken silent, his fingers gripped her. Hold on, let her go? She continued to clutch him with both knees, breathing from deep in her lungs, making little movements that teased at his manhood, and let him know she was still ready.

It was surreal, being in that secret place created by her skirts billowing overhead like a huge balloon, their bodies out of sight.

She ignored his question. "Oh, I can feel him, the naughty fellow, tapping at the gate. Tell me, how often does a man do this? I mean, it was a delicious experience, and I could go again if you wish. Especially if he keeps nudging me like that. It's like I have a flower growing inside me, it's petals opening slowly, and he pokes around looking for pollen. But he doesn't…doesn't hurt me. He only rubs all the places I didn't know liked being rubbed.." She shuddered and began to cry, her tears hot against his chest." 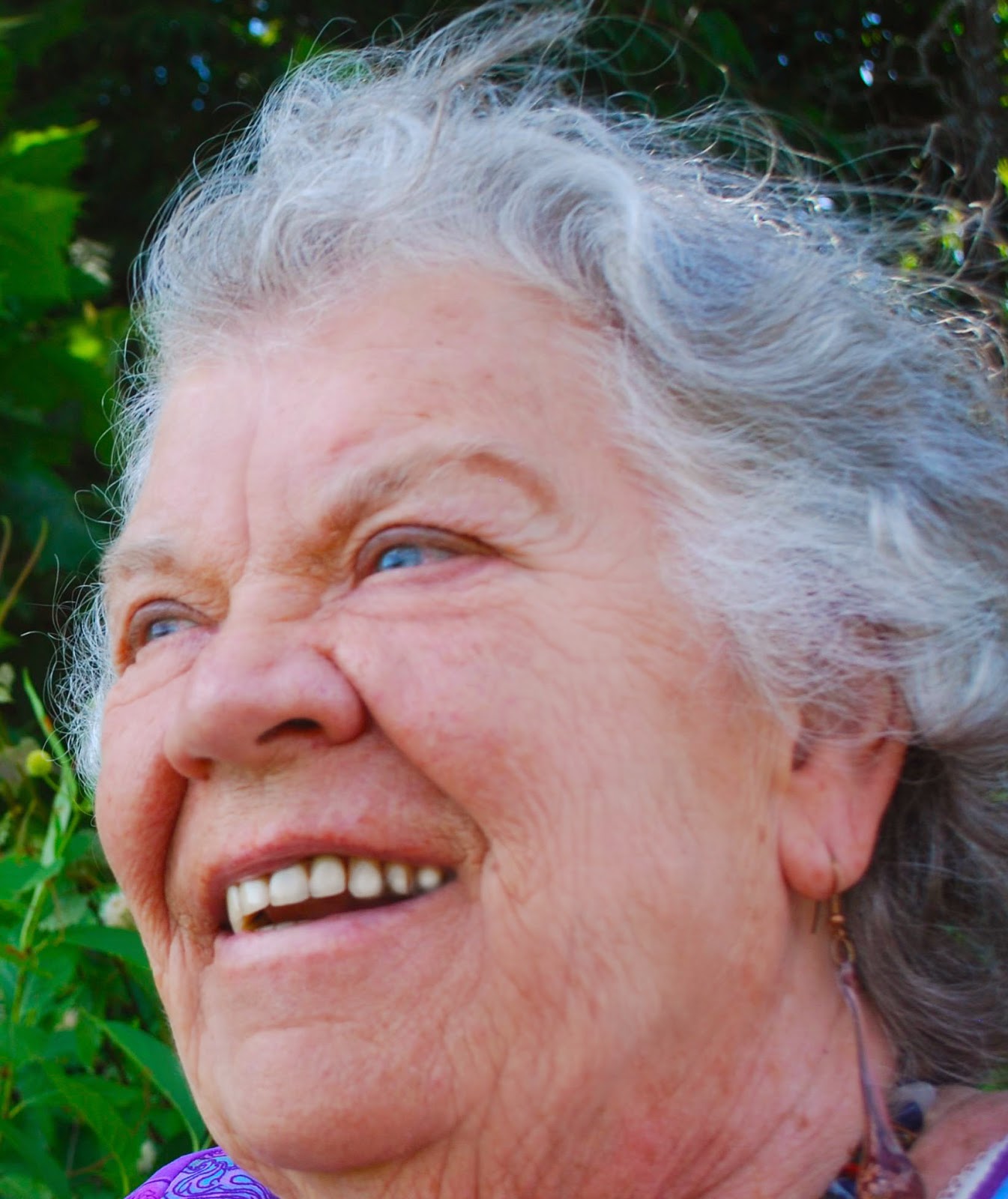 Velda Brotherton writes of romance in the old west with an authenticity that makes her many historical characters ring true. A knowledge of the rich history of our country comes through in both her fiction and nonfiction books, as well as in her writing workshops and speaking engagements.  She just as easily steps out of the past into contemporary settings to create novels about women with the ability to conquer life’s difficult challenges. Tough heroines, strong and gentle heroes, villains to die for, all live in the pages of her novels and books.

To buy:
The Wild Rose Press
Amazon
Posted by Tricia Schneider at 7:53 AM