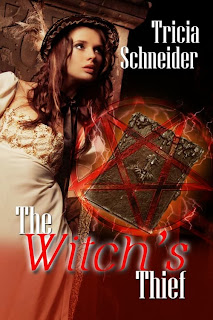 
"She's asking for you," Julia Grey said softly at the door to his laboratory. Drake Merriweather sat at his desk hunched over one of his spellbooks and continued his search for some manner of spell to cure his dying wife. Even Julia knew it was too late. Susanna had suffered enough from the disease that wracked her body with unendurable pain.


Julia stepped into the room and flinched from the sulfuric smells of past failed experiments. Some still smoldered in a bowl on the table near the wall. For months Julia and her father had helped Drake and his wife with their crusade. While her father assisted Drake in his laboratory casting spells of all kinds, Julia cared for Susanna, assisting her in the battle to survive each day. She fed her, clothed her, helped carry her to the window to gaze upon her garden.


"She doesn't have much longer," Julia said, resting her hand on Drake's shoulder. At her touch, he trembled. He crouched further over the ancient text of the book he gripped tightly in his hands, covering his face with the pages. Very slowly, Julia pried the spellbook from his fingers, placed it onto the table and closed the cover. At the sound of the book closing, Drake took a deep breath and straightened.


"Come with me. She needs you." Julia helped Drake stand, holding his arm for support as they walked out of the room. She guided him through the hall and up the stairs until they reached the door to his wife's chamber.


Drake paused. He stared at the door for several moments before taking Julia's hand away from his arm.


"Thank you for all that you've done," Drake said, squeezing her fingers. He looked at her, and Julia flinched at the pain in his eyes. It was something she had seen shadowed there before, but now that the moment had come, that he'd at last accepted there was no cure, no saving his beloved wife, she saw the last vestiges of hope wither and die. It faded slowly into oblivion. The only thing to remain was pain. A dark, depthless pain.


Julia's eyes filled as she watched him straighten. Another change came over him. He tilted his head up and took a deep breath. Then he opened the door and walked in.


Julia entered behind him. The sight of the woman, sunken within the sheets of the bed, her skin as pale as the snow falling outside the uncovered window took Julia's breath away. Every time she saw Susanna, the poor frail woman appeared worse. Now that the end was mere moments away, Julia could see clearly the signs of strain on her face. She appeared to have aged several decades in the single year since they discovered she suffered from Belit’s Curse. Unlike a magical curse that could be cast by a practioner of dark magic, Belit’s Curse was an illness. It was a horrible wasting disease that took the magic and the life away from witches and sorcerers alike. It was said an ancient witch named Belit was the first to succumb to the disease. There was no known cure. Nothing could be done to dispel the pain that slowly crept into their limbs, crippling them until they could no longer walk or function. It did not stop until it ravaged their bodies, leaving naught but an empty, lifeless shell.


No one knew how the disease was transmitted, if it was transmitted at all. It seemed to only strike a few random unfortunates. In all of Julia's four and twenty years on this earth, Susanna was the only victim she had ever known.


"My love," Drake said, his voice strong and cheerful where moments ago Julia could barely hear him speak from his grief. "Miss Grey has said you have need of me. I am here, my love."


He sat on the bed beside her, taking one delicate pale hand into his. He smiled at her and his eyes reflected the love he felt deep in his heart.


"I'm here, sweet." He brushed her dark hair away from her face. She leaned into his hand, tears streaming from her closed eyes.


The sound of the woman's pitiful cry brought tears to Julia's eyes. She grasped the doorframe, and squeezed her nails into the hard wood. She marveled at Drake's strength, at his ability to not be visibly crushed by his wife's pain and fear. He smiled, brushing her hair, and speaking softly into her ear. There were no tears from him, no moments of agonized anger at his helplessness.


In the last few months, she had seen Drake break down again and again in his laboratory, but he never showed any fear in the company of his wife. When in her presence, he was strong, confident, cheerful, unafraid of the possibility of losing her. His confidence always lent strength to his wife, offered her hope and the will to go on even during those many days when she simply wanted to fall into a deep sleep and never wake.


"I do not want to leave you," Susanna cried out. "I want to love you. I want to have children. I have so much to do yet in this life!"


"Of course, my love, and you will," Drake murmured. "You will, I promise you. Did I not say that I would find the end to your suffering?"


Drake lifted his head to look for Julia's father. The gray-haired man stood in the corner of the room, his face ashen.


"Roger," Drake said, one hand waving for him to step forward. "Bring the potion."


Her father's head dropped. Julia saw he held a bottle in his hand, one she'd never before seen. He stepped forward, his steps slow and reluctant. When he reached the bedside, he hesitated.


"Are you certain?" Roger asked, his normally booming voice now a faint whisper. Julia leaned forward to hear. "If you do this... There will be no turning back. You cannot undo what will be done."


"I have no choice, my friend," Drake returned, a grim determination glinting in his dark blue eyes. He extended his hand.


Roger's hand trembled, his large fingers turned the bottle around and around. Coming to a decision, Roger backed away, and took the potion out of Drake's reach. "No. I cannot allow you to do this."


Drake's face contorted with rage and shock. He released his wife's hand, grimacing when she cried out for him. He stood and walked toward Roger, who backed away.


Julia's breath lodged in her throat. She stood frozen, uncertain what was being played out before her. What was in the bottle? Why was her father so reluctant to give it to Drake?


"I cannot let you," Roger repeated. There were tears on his cheeks.


"Drake! Do not leave me!" Susanna wailed, reaching out for him.


"Roger, I demand you give it to me. There will be consequences, I promise you!"


"It will damn you both! I'm saving your eternal soul, my friend, as well as hers."


"My soul will be in torment without her!" Drake growled as he advanced. "I can save her. I will save her. I vowed it. This is the only way I can achieve it."


Drake lunged at Roger. Susanna cried out, reaching for her husband. Julia raced across the room, well out of the way of the struggling men. She reached Susanna's side, grabbed her hands and blocked her view of the fight taking place.


"All is well," Julia said softly, crooning to her as if she were a child. "A mere disagreement. All will be well."


Inside Julia raged. How dare they fight over a silly little bottle while this poor woman battled for each and every breath! But, she knew her father. He was a good, peaceful man. He would never act with violence if he did not have reason.


"Take me to the window, Julia," Susanna said, her voice raspy, her eyes filled with tears.


Julia nodded, then pulled back the blankets and helped the woman slide out of the massive four-poster bed. She took one arm around her neck and helped Susanna stumble a few feet to the seat by the window. Ever since she had weakened to the point where she could no longer walk, they each took turns carrying Susanna about. Drake would carry her to the laboratory where she would watch him work. Roger would carry her to the kitchens where she watched Cook creating masterpieces out of their meals. But when her strength left her so frail that she could not leave her room any longer, Julia helped her to sit by her window every day, so she could look upon her garden below.


Susanna loved her garden. She had spent hours upon hours working her magic on the plants, helping them to grow for her spells.
The once beautiful and elegant garden appeared ashen. Even with a thin layer of snow covering what remained of her favorite spot, it was obvious to see the destruction cast upon it. Drake had tested each plant, using them in his experiments and spells as he searched for a cure. He was certain it was a matter of time before he found the right combination that would stop the disease. But, the disease never treated each of its victims alike. One could suffer for ten or more years, while another might waste away within a few short months.
"So little time we have," Susanna said. She leaned her forehead and one hand against the glass. Her warm breath puffed onto the wintry glass. Drake and her father continued to struggle behind them, while Julia knelt beside Drake's wife watching her eyelids blink wearily. "Do not let time escape you, Julia. You are blessed with it. Use it well."


Soon, the fogged glass of the window cleared.


Susanna's hand grew limp and lifeless. Julia rested her cheek against it as teardrops fell onto Susanna’s skin.


"No!" Drake roared. He shoved Julia aside and took his wife into his arms. The potion successfully obtained in one hand, he uncorked the bottle and poured the contents into his wife's throat. "Drink, my love. Drink!"


The liquid splashed across Susanna's face and onto Drake's hand. He did not stop working it into her throat until the bottle was empty.


Roger took Julia by her arm, helping her to stand. While she cried, Roger helped her from the room. She glanced at her father, his hair mussed, his lip bloodied, and his shirt slightly torn. He had fought well, but Drake was the younger, stronger witch.


"It's over now, Papa," Julia said, sniffling between her sobs.


"I fear not, my pet," Roger mumbled. He turned his face into her hair to place a kiss upon her head. "I fear it has only begun."

You can also find The Witch's Thief available in digital or print:


Posted by Tricia Schneider at 4:08 PM