Enter the #BigBookGiveaway for a Chance to Win The Witch's Kiss 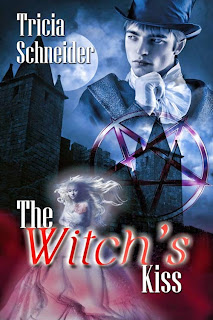 Marianne Grey is a ghost.

But, she's not dead. Cursed by a necromancer, Marianne searches for the elusive spell needed to merge her spirit with her physical body. She's not alone in her search. Her neighbor and best friend, Sage Merriweather, has vowed to help her break the curse.

Sage suffers from his own demons. Literally.

After surviving a horrific attack, a demon has bonded with him, mutating Sage's magic so he can only conjure fire. Until he can break the bond, he is a danger to everyone near him, including those he loves.

Check out the other titles available in this giveaway at Girl Who Reads!


a Rafflecopter giveaway
Posted by Tricia Schneider at 9:51 AM