Trick or Treating in a Haunted Garden Halloween Blog Party 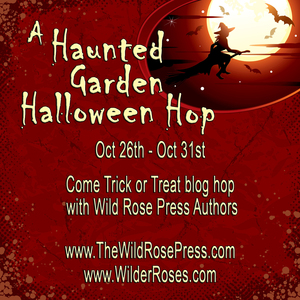 Welcome to my dark corner of the Haunted Garden!

If you're new to my blog; I'm a paranormal and gothic romance author. I have two stories currently published with the Black Rose line of The Wild Rose Press. Black Rose books are steamy romances filled with mystical creatures like vampires, werewolves, shapeshifters and demons. Mine have witches, too!

October is the perfect time of year to curl up with a mug of hot apple cider and a steamy paranormal romance novel that will curl your toes and leave you gasping! But, with Halloween around the corner, the ghosts and goblins will soon be out to play. Do you have treats ready to hand out to those who knock on your door on the night of the 31st? You don't want any nasty tricks to spoil your evening of reading pleasure! 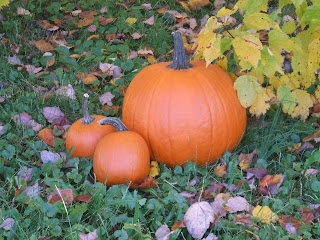 I've been doing some research about Halloween traditions. You know the kind....trick or treating, dressing in costumes, carving pumpkins. Just where did all of these traditions come from, and how did they become a part of Halloween?

With too many to name here, I'll just pick a few of my favorites to share. 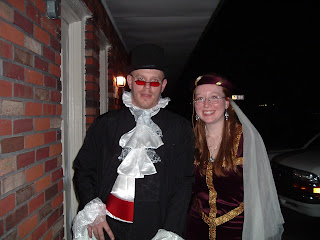 As children, what was more exciting than getting candy simply handed to you by everyone in the neighborhood? All with the simple magic words of ''Trick or Treat!" Turns out handing out treats on the night of All Hallow's Eve has a long history beginning with the religious practice of 'souling'. 'Souling' or 'guising' was an old custom originating in the British Isles where the poor would dress in masks and costumes to hide their identities and were allowed to beg for food called soul cakes (oatcakes or bread containing currants) or other handouts such as apples, nuts, or coins. After the 'soulers' received their gifts, they would offer prayers for the family's deceased relatives. If they were refused their 'treats', then they would retaliate with a prank or 'trick'. 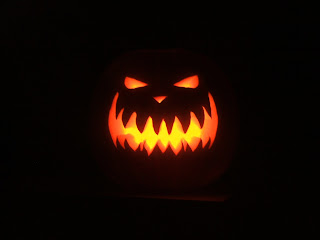 Carving the Pumpkin
This custom is over 2000 years old! Yes, you read it right! This started in Ireland where hollowed-out turnips were carved with faces to be used as lanterns. They were used to scare away evil ghosts and spirits while lighting the road for travelers on Halloween night. Eventually the pumpkin became the popular choice for these lanterns.


Bobbing for Apples
Dating from ancient Roman times, it was believed that the first young, unmarried person to take a bite out of an apple floating in water or hanging from a string would be the next to marry. Apples have other uses on Halloween, as well. An apple buried under the ground on the last day of October will attract unicorns, and if you eat an apple before going to bed on Halloween night you won't suffer any illnesses during the next 12 months. 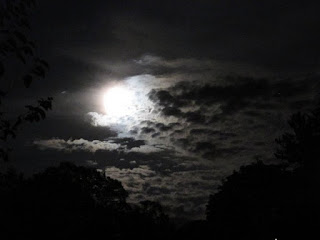 Haunted Hayrides/Houses/Corn Mazes
These forms of entertainment take place in many locations and contain monstrous creatures and special lighting and effects that are used to scare, shock and amuse the customer. The history for these haunted attractions is unclear, but the earliest record dates back to 1915. During the 1960's and 1970's haunted attractions were run by organizations and became quickly popular. The experience of being frightened draws people to these events every October.

What is Your Favorite Halloween Tradition? 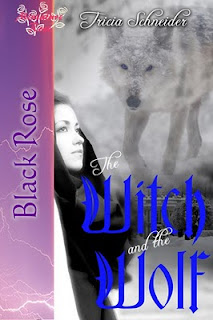 To celebrate Halloween with my readers this year, I'm offering a chance to win a copy of my e-book, THE WITCH AND THE WOLF. Just leave your email address and a comment telling me about your favorite Halloween tradition. This contest runs from October 26-31. A winner will be randomly selected and notified on November 1.

Blurb:
Lord Jeremy North's curse is to become a werewolf during every full moon, turning into a bloodthirsty monster that kills with no remorse. When he finds a woman nearly frozen upon his doorstep, his sense of honor compels him to help her, even at the risk he might kill her himself.


For other chances to win The Witch and the Wolf be sure to check out
Melissa's Eclectic Bookshelf
and
Brynna Curry's 31 Days of Halloween.

To read an excerpt or purchase my books, please visit The Wild Rose Press. To learn more about my books, check out my website, Facebook, Goodreads and Twitter.

Don't forget to stop by the other blogs participating in this Haunted Garden Hop for chances to win cool Prizes!