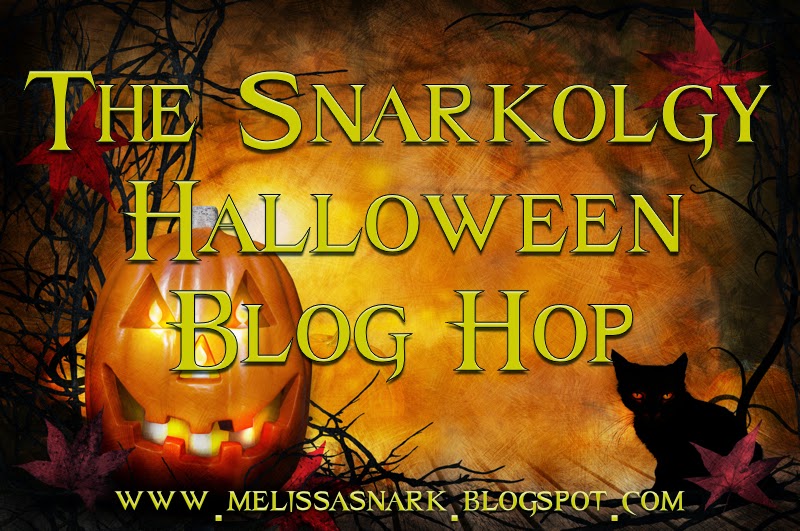 Halloween is one of my favorite times of the year! A spooky time filled with magic and mystery and all the things that go bump in the night! Ghosts, vampires, werewolves, demons... Although I enjoy reading stories about these supernatural creatures all year round, I really like reading the scary stuff around Halloween.

These are my favorite! And there are lots around. Why do I like reading them? Because I grew up in a haunted house and I'm pretty sure I'm living in one now.

When I was little, I lived in my grandmother's house. It was huge, especially for a kid. And it was fun to play in with all the rooms and the nooks and crannies where my brother and I could play hide-and-seek. Often while we played, I'd see things move from the corner of my eye. I also never felt alone in the house. There was always the feeling of someone watching me. Surprisingly, it wasn't a bad feeling. Or maybe I just grew used to it since I lived there for so long. And at night, after everyone had gone to sleep, one of us would wake to hear people talking downstairs. My grandmother would scold my aunt for forgetting to turn the television off before going to bed, but she'd go downstairs only to discover the TV was already turned off!

Now I live in my own house. Don't get me wrong. I try to think of any explanation for the noises and strange things that happen here. It's an old house. Over 150 years old. Lots of strange noises come from old houses, right?

My husband and I hear the footsteps most often. We heard them on the first night we moved in. As we lay in bed, we heard distinct footsteps walking from the living room into the kitchen. Thinking it might be an intruder, we went downstairs to investigate. But there was no one there and all the doors were locked. While we stood in the dining room trying to figure out what could have made such a noise, we both looked up when we heard the footsteps walking along the upstairs hallway.

It was creepy. And exciting! I always wanted to live in a haunted house! Probably because of growing up in one. That night, we went back upstairs, but the sound of the footsteps moved back to the first floor. As we went back and forth, up and down the stairs, I got the feeling this was almost a game to see how much we could tolerate. But it was late, and since we couldn't come up with any real explanation for these noises, we just went to bed. The footsteps stopped. But every once in a while we can hear them. They seem to stay upstairs on the second floor and even in the attic now.

As the footsteps and other noises continued on and off over the years we lived here, it wasn't until my daughter was born that I was really shocked by something new. My daughter was about 1 or 2 years old when we were sitting in the kitchen having breakfast. She stopped eating to look into the doorway leading to the dining room.

Well, it was just my daughter and me in the house at the time. My husband was at work and her older brothers were both at school.

She pointed to exactly where she stared at the doorway.

I was a little stunned. I didn't see any man standing there. But she did. She didn't look scared, but curious. I tried asking her what the man looked like, but couldn't get much out of her. A moment later, he was gone and she went back to eating breakfast like nothing happened.

She saw the man only one or two times after that, but he hasn't made an appearance since. I've heard that young children sometimes have the ability to see things that adults can't. I never really believed it until then. She's 4 now. The man hasn't appeared within the last year, so I'm afraid she might have outgrown her ability to see 'things'.

Except for her imaginary friend, Anna.

Anna is still around. My daughter talks about her all the time.

And be sure to check out
all of the other blogs participating in the blog hop!
Lots of great prizes!

Posted by Tricia Schneider at 7:33 AM