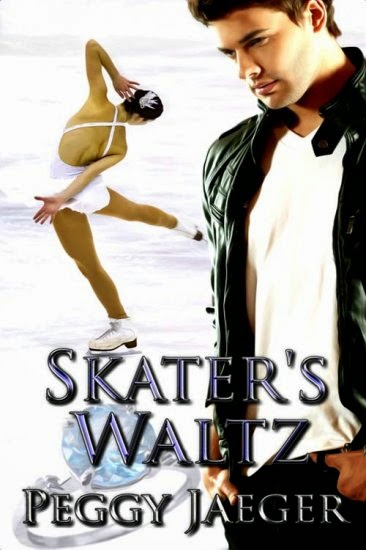 Figure skater Tiffany Lennox is busy with rehearsals for an upcoming ice show when the only man she’s ever loved comes home after a two-year overseas stint. She needs him to see her for the woman she’s become and not the child he knew to ensure he stays home, this time, for good. With her.

For all his wanderlust and hunger for professional success, Cole Greer comes home wanting nothing more than to rest, relax and recover. He is delighted in being Tiffany’s hero and has a special place in his heart reserved for her. But faced with the oh-so-desirable woman she’s become, he starts questioning his determination to keep their relationship platonic.

When forced by the television network to go back on assignment, Cole - for the first time in his life - is torn between his career and his heart.

One delicate auburn eyebrow rose almost to her hairline. “Cocky self assurance has always been one of your greatest assets,” she commented dryly.
Cole laughed again and pulled her down into a headlock.
“Snot nosed princess,” he said, knuckle-rubbing her head.
He’d been wrestling with her since she was a child. He’d taught her every subtle move to get the high ground, and in that moment she used the knowledge to her advantage. In one slick move, her arm came out across his neck, forcing his hold to loosen. When it did, she pulled her hand back and pushed forward, expertly flipping him in the seat.
To recover his balance, Cole leaned back into the couch, grabbed what he hoped were her upper arms, and shoved. In a heartbeat, she was lying backward along the length of the couch with him spread out on top of her.
Both were laughing and wriggling, each trying to get the upper hand.
Tiffany squealed, trying to twist her hips out from beneath him. “Let me go!”
“Not a chance. I know how your devious little mind works, and I taught you how to do this. The minute I loosen up, you’ll hip check me over the back of the couch. No, thanks.”
Tiffany burst out laughing. “You rat. That was exactly what I was going to do.”
“You know retreat and surrender are inevitable, Tiff. I outweigh you, and I’ve got the distinct advantage of your injury in my favor. Give?”
“Okay, you win.” She went limp beneath him.
The corners of his eyes narrowed as he smiled down at her. “You must be maturing,” he said. “You never used to give up so easily.”
When he removed one hand from her arm, she reached up to trace the outline of one of his eyes. Her finger moved from the outer canthus to his cheek, smoothing the skin she touched. “You didn’t have these little lines when you left.”
Cole stared down at her face.
Her finger roamed down to the corners of his mouth, outlining them, then on to the small dent in the middle of his chin. An impish grin fanned across her face. “I remember being little and wondering if I smoothed this line away would I be able to see inside you, like it was a door or some kind of opening to your insides. Dumb, huh?”
“Sweet,” he said, softly. “Little girl sweet. Never dumb.”
Her eyes traveled up to his and locked there.
“When I got older I wondered what it would be like to kiss it.”
His breath hitched.
“Would it taste like soap, left over from shaving, or would it be all spiky and nubby because you missed a few hairs. Or would it taste uniquely like you do. I still wonder about that.”
“Tiffany.”
Knowing what he was about to do, and to whom, should have sent him jumping off the couch, running in the other direction. Instead, when his head came down to hers all Cole could think about was how much he wanted to taste her again, how he wanted to lose himself in her, and how both those feelings somehow seemed right, even though he knew they shouldn’t.
Her body tensed as he inched closer. When his lips finally captured hers, she turned fluid under his hands.
Her smooth, small body slackened beneath him as his lips gently moved across hers, tasting them, savoring them. Releasing his grip on her arms, he leaned on his elbows and ran his fingers into her hair, cupping her face while holding fistfuls of the glorious mane. 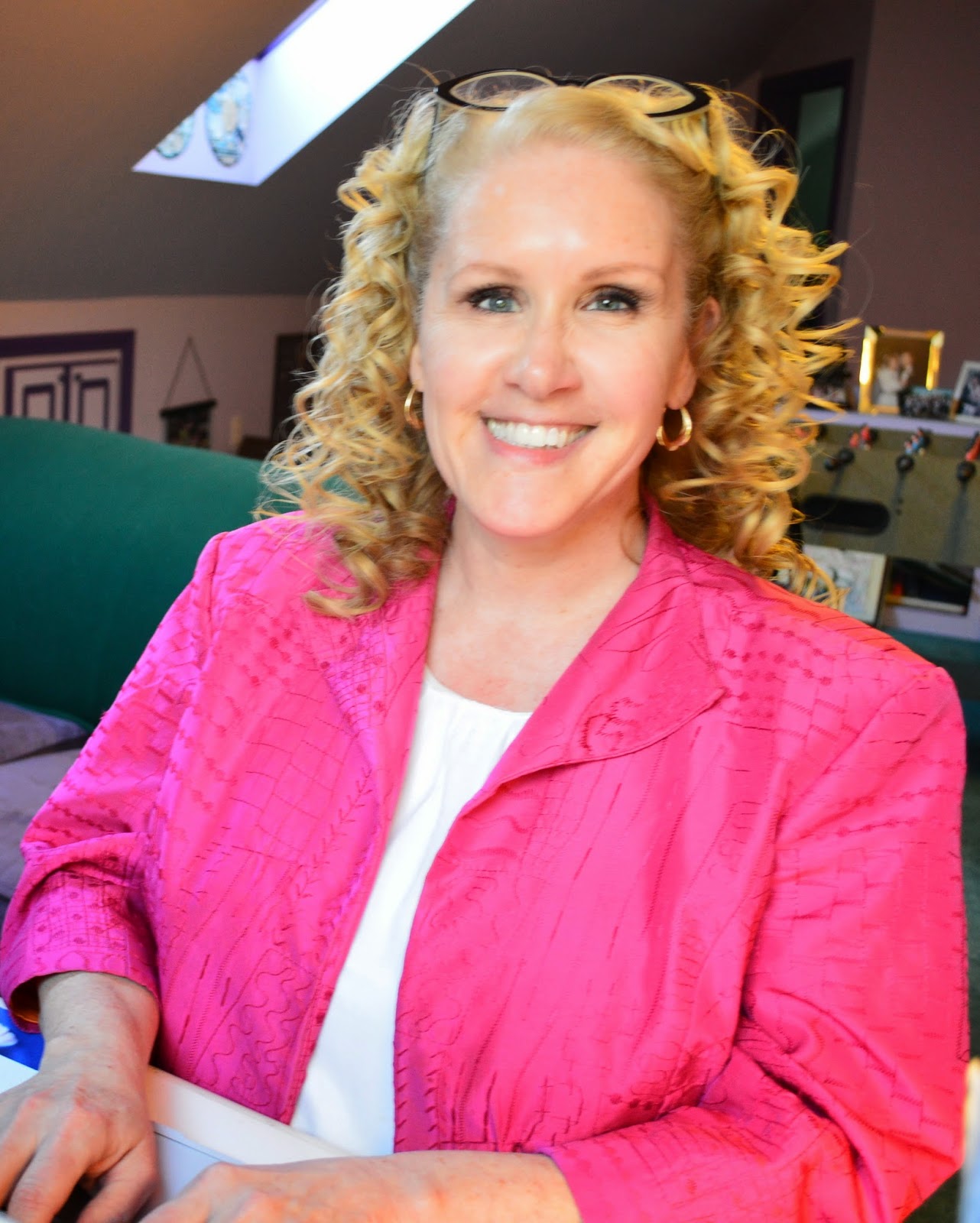 Author Bio:
Peggy Jaeger’s love of writing began in the third grade when she won her first writing contest with a short story titled THE CLOWN. After that, there was no stopping her. Throughout college and after she became a Registered Nurse, she had several Nursing Journal articles published, in addition to many mystery short stories in Literary Magazines. When her daughter was born, Peggy had an article titled THE VOICES OF ANGELS published and reprinted in several parenting magazines, detailing the birth and the accident that almost turned this wonderful event into a tragedy. She had two children’s books published in 1995 titled THE KINDNESS TALES and EMILY AND THE EASTER EGGS, which were illustrated by her artist mother-in-law. While her daughter grew, Peggy would write age appropriate stories for her to read along with, and finally, to read on her own. Her YA stories are mysteries involving smart and funny 12-13 year old girls and an unusual collection of friends and relatives. They all take place in the 1980’s.

In 2005 she was thrilled to have an article on motherhood placed in the CHICKEN SOUP FOR EVERY MOTHER’S SOUL edition. She has won several awards in various Writer’s Digest short story and personal article categories over the years. Recently, she has placed first in the Dixie Kane 2013 Memorial Contest in the Short/Long Contemporary romance Category, and in the Single Title Contemporary Category, and third place in the ICO Romance Contest for 2013, and in 2014 she was a finalist in the Put Your heart in a Book contest.

A life-long and avid romance reader and writer, she is a member of RWA and her local New Hampshire RWA Chapter.

Peggy has embraced the techno age and writes for three blogs, all detailing events in her life. One titled, 50 pounds for 50 years is a personal blog about weight loss, one about her life as an EMPTY NESTER and her most recent one MOMENTS FROM MENOPAUSE, a humorous and informative guide through this time in a woman’s life.
She also has her own website http://peggyjaeger.com where she writes about everyday life and how it relates to writing. Twitter is her current obsession, but she is never far from her Facebook pages.

In 2015 she will have her first two contemporary romance novels published by The Wild Rose Press: Skater’s Waltz, book 1 in the MaQuire Women Series, and There’s No Place Like Home, book 2. Four more are in the works for this series, in addition to her Cooking with Kandy series.

The Wild Rose Press: http://www.wildrosepublishing.com/maincatalog_v151/index.php?main_page=product_info&cPath=195&products_id=6116
Posted by Tricia Schneider at 8:26 AM