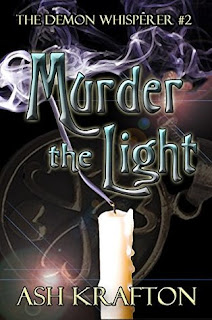 MURDER THE LIGHT by Ash Krafton

Chiara has been abducted by her own mother: an Enochian defector who has taken up arms against the Light. Luminea will use Chiara to ensure the future of her empire—and to burn away her painful past with the man who had stolen everything from her, so long ago.

Unknowingly, that’s exactly the guy to whom Simon Alliant turns for help. The exorcist mage makes the ultimate deal with Chiara’s father to get her back...but he’ll have the Devil to pay.

My Review:
This is the second book in The Demon Whisperer series. Because it was a continuation of the first, I highly recommend you read the first book, Charm City, before you read this one. Charm City introduces the reader to the main characters and the plot that arises in Murder the Light.

So, we left Charm City with Chiara abducted. We discover in Murder the Light that she's been abducted by her mother, Luminea. It takes Simon a little longer than the reader to discover this, however. After searching for a while, he becomes desperate and summons her father. Simon thinks her father is a demon, but discovers his error when he meets Lucifer himself. After making a deal with the Devil, Simon goes to Chiara's rescue where he has to battle her fierce Enochian mother and the fallen Angel who has become Luminea's protector.

In this novel, we learn about Luminea and Chiara's childhood. It was interesting to see the development of Chiara's mother and their strained relationship with each other. This greatly explained the motivation behind Luminea's actions. By the end, we are given the whole story with a clear understanding of why these things have happened.

Simon's struggle in this story is, dare I say, even more intense than the last novel. The physical demands he endured because of his deal with Lucifer made me cringe. Seriously. Simon suffered severely in his quest to find and free Chiara. It was distressing to read what he had to go through. At times, I wasn't sure how much more he could take or if he would make it to the end.

This is a fantastic series! I'm in love with Simon. He's a well-rounded character with flaws that make him real and believable. He tries to do good things, but makes mistakes along the way. The action is fast paced making this another terrific page-turner, the dialogue is snappy and like the first filled with sarcasm and wit. Ash Krafton's writing style is a joy to read! Also, like the first, the ending is a cliffhanger that will undoubtedly lead us into the next book of this series. I'm excited and eager to read more! 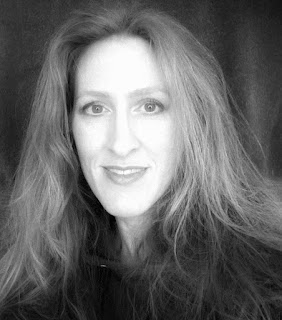 Read my Review for Charm City 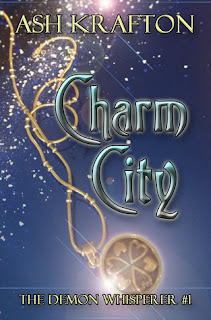 Posted by Tricia Schneider at 3:14 PM