Read an #Excerpt for Into the Dark #paranormalromance #survivalromance #strangerstolovers 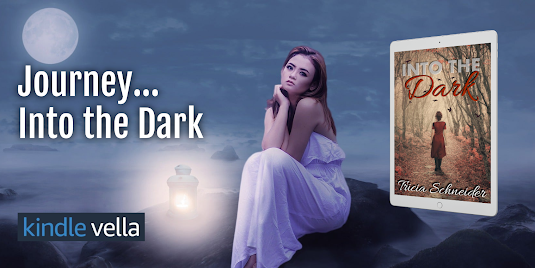 New Chapters are available for Into the Dark!

Read the first 3 chapters for FREE!

Investigative journalist, Allison Reed, has been sent an anonymous tip regarding the strange disappearances of several seemingly random local people. When she's caught snooping around a wealthy recluse's house, she discovers the man's daughters are witches who are abducting people and casting them into another world where magic feeds from the living and zombies are real.
Now, Allison must learn to survive with the help of a mysterious stranger. Together, they work to find a way home. As they search for a way to escape this nightmarish world, Allison finds herself growing closer to Brian, the man who saved her. But living in this world presents its challenges and horrors, as Allison learns more about the witches who abducted her as well as the other victims.
Will Allison and Brian find a way home?
Or will they remain trapped in a world where the dead walk among the living?

She scanned the area, searching for an object she might use as a weapon. There was nothing except some debris in the far corner, what looked like leaves and old rags. Nothing she could use to defend herself.

Allison’s heart thumped so loudly it became difficult to listen to the footsteps as they drew closer. All she heard was the drumming of blood pounding in her ears. She couldn’t see anything beyond the archway leading to this room. The source of the dim light originated from somewhere to the left of the opening, but beyond that, she didn’t know what might be out there.

Fear made her feet scurry until her back hit the stone wall beside the wooden ladder. She didn’t know what to do. Whatever was down here had been put here for a purpose.

Some animal? A bear, wolf or lion? Starved until the sisters fed him. Was she supposed to be sacrificed as dinner?

Was that why they said they hadn’t killed any of their victims? They’d thrown them into a hole in the ground and let an animal finish their dirty work. Semantics, but maybe that’s how they viewed it.

Allison wasn’t ready to die, but she didn’t know how to defend herself against an animal without a weapon either.

So, she did the only thing she could think of in a situation such as this.

Allison crawled beneath the wooden ladder, curling her knees against her chest and wrapping her arms around her legs. She wanted to tuck her face into her knees to hide, but she couldn’t take her gaze off the archway. She needed to see what animal approached.

If she kept still, perhaps whatever walked in this direction would pass the opening, not noticing her presence.

She waited, heart thundering as she clutched her arms around her knees. The footsteps got closer. They weren’t hurried. The steps sounded slow. Sluggish. Cautious.

Allison wished to close her eyes.

If she kept repeating the words in her mind, they might come true.

It will walk by. It won’t see me. I’m invisible.

A tall shadow appeared in the opening. As it stepped into the chamber, she recognized a human shape, not an animal as she’d expected.

He stepped cautiously, his feet shuffling forward. He was tall. Well over 6 feet.

As he approached, he turned enough to allow the low light to illuminate his face. He had shaggy brown hair and a long, thin, narrow face covered with an unkempt beard. His blank expression sent a shiver of apprehension racing through her.

Something about his stance, the way he approached the chamber made her uneasy. He walked slowly into the room, aimlessly stepping from left to right and left again with no obvious direction.

Perhaps, if she remained hidden in the poor light, he’d turn and leave.

Although, how could he not see her? The ladder was not solid wood. There were open slats. She curled beneath, searching for protection, but the low light from the doorway must be enough to illuminate the area. She was sure there wasn’t much shadow beneath the ladder to keep her hidden.

Yet, he didn’t see her. And why didn’t he move his gaze to search the room? He stared straight ahead, neither looking left nor right, up nor down. Simply straight in front of him.

He held a long, sturdy stick in his hand. As he shuffled near, she realized the point of it was sharpened. Like a makeshift spear.

Had this man killed those victims? Would she be next?

Allison wanted to duck her head and cry, but she was too frightened. Instead, she kept her gaze locked on the man as he walked across the room. The space wasn’t large, perhaps 15 feet at its widest. And he was only a few steps away. It wouldn’t take much for him to turn in her direction and use the spear to attack her.

As he walked past her hidden spot, she noticed his clothing. Faded blue t-shirt and tan trousers, badly torn and filthy. Not only dirt stained his clothes, but something else, too.

Or was it… blood?

New chapters are available to read for Into the Dark!

If you haven't started, now is a great time to get caught up. 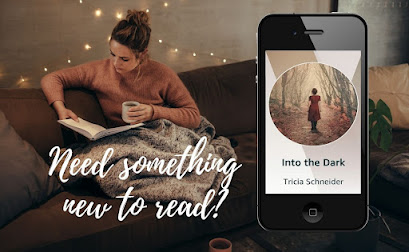 Only on Kindle Vella!

Posted by Tricia Schneider at 3:57 PM 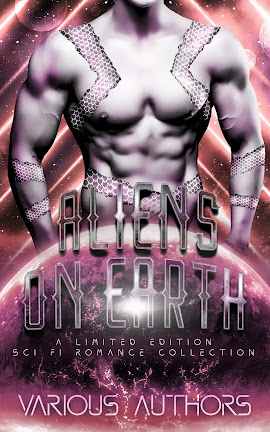 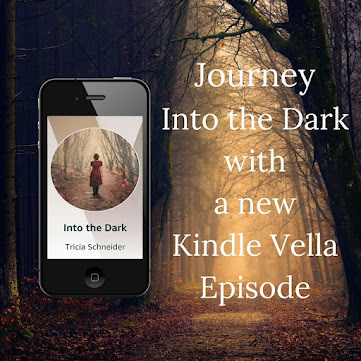 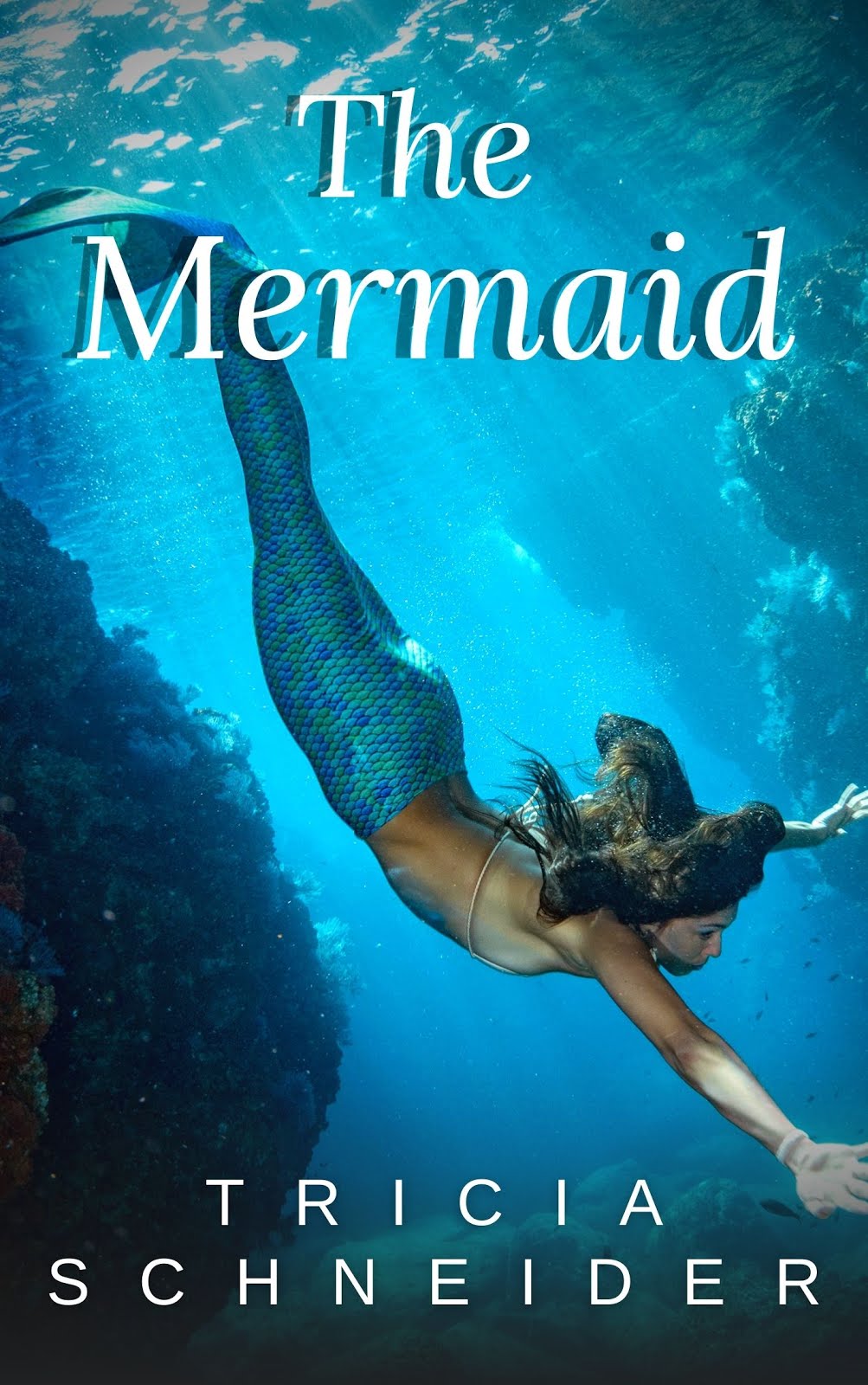 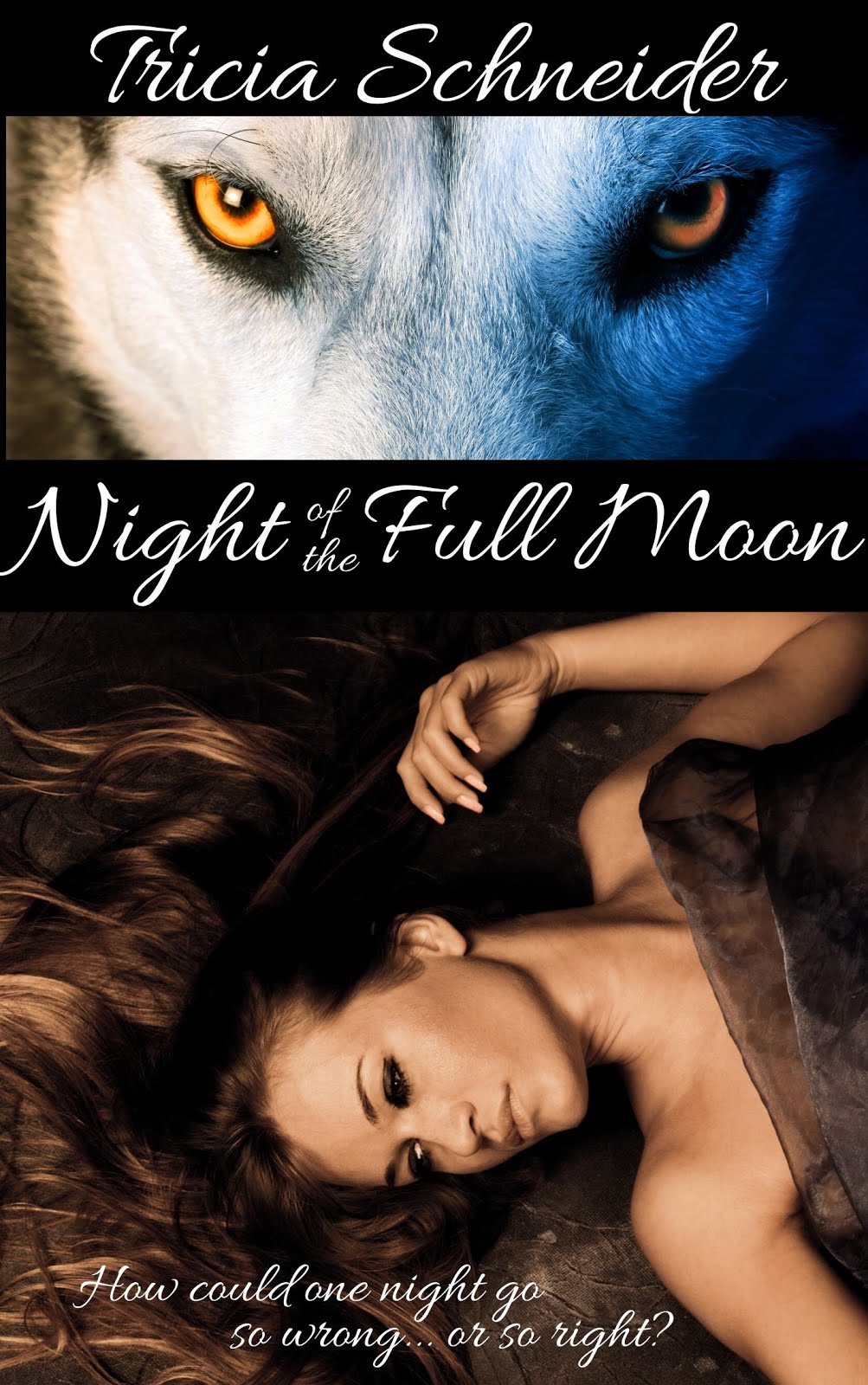