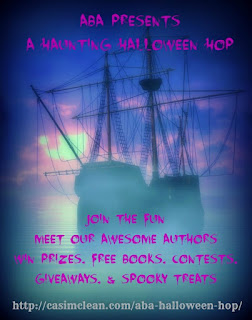 I've joined a group of amazing authors to celebrate one of my favorite holidays of the year...Halloween! Be sure to check out the other authors in this blog hop for a chance to win some spooky treats, books and other great prizes!

Vampires have been one of my favorite supernatural creatures since I was at least 4 years-old. I remember watching re-runs of the 1960's gothic soap opera, Dark Shadows, with my mom every night after supper. Barnabas became my favorite vampire from that moment on!

Here are some of my other favorite vampires in cinema:


That's my list! Have you watched any of them?

What are your favorite vampire movies?

Here's my version of the vampire written in

The Witch and the Vampire. 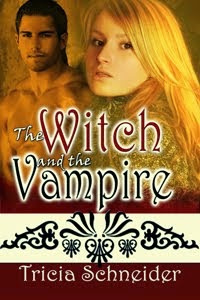 Melora Merriweather is searching for a fellow witch to protect her from a scheming uncle with plans of marriage. When her carriage overturns on her journey, she is rescued by a mysterious man whom she learns is the very person she seeks. But, he’s not the witch she thought he was…

Excerpt:
"You are Sebastian Collins? Of Caldwell House?” she asked. Had she made some horrible mistake? Who knew how old this letter might be? There had been no date written on any of them. Could this have come from a previous owner of the single address she had managed to discover leading her here? But, no, it could not be possible. Her dreams never misled her.

“Indeed, I am,” he answered, relieving her fears. He paused briefly, and then continued, “But there is no Mrs. Collins.”

Comprehension dawned. The blush of embarrassment and dread crept up her neck. To her surprise, Mr. Collins stiffened in agitation.

“I-I am truly sorry,” she stated, suddenly understanding his reaction. At least, now it made sense why Mrs. Collins never entered her dreams. “I had not realized she had passed. I apologize for the grief I have surely inflicted on you.”

“No, no,” he said, with a shake of his head. He appeared to have difficulty speaking for a moment until at last, with a deep breath, he reclaimed his composure. Still, he kept his eyes cast down, toward the fire. “You fail to understand. I have never married.”

Melora stared at him. Confused, she looked again at the letter in her hand. “But the letters…?”

This time, his head snapped up, and he looked in her direction. She inhaled sharply at the sight of his light blue eyes staring at her. Into her. Through her. Sharp. Piercing. As if he searched her soul for the answers to his questions.

Now for the Giveaways!

I have 2 prizes I'm giving away to one lucky winner!

A digital copy of my paranormal romance, The Witch and the Vampire,

a coffin-shaped trinket box (check back for photos!).

For more information about my books, check out my website or my publisher.


I write sensual paranormal and historical romances. Interested in learning more about my stories? Sign-up for my newsletter where you'll learn about my new book releases, updates on my works-in-progress, writing tips, book reviews, contests, and other fun book-related info!

a Rafflecopter giveaway Visit the other blogs:
Posted by Tricia Schneider at 7:38 AM