I found another blog challenge! This one looks fun, too! Especially this week's topic...

Characters I'd Name a Baby After

Well, this one is easy because I've already done it!

My 4 children all have unique and meaningful names. Two of my kids are named after hockey players. My husband and I were big hockey fans although I'm feel bad for my oldest son because I didn't foresee that he'll have to forever be telling people how to pronounce his name. I didn't see that until our first doctor's visit.

The boy's names were easy.

But choosing a girl's name proved much more difficult. There were too many options. Way too many. And my husband was difficult to negotiate with. And after having two boys, I was super excited to have a girl so I wanted her name to be special and I admit...girly.

After months and months of consideration and negotiating, my daughter, Aeryn, was born. 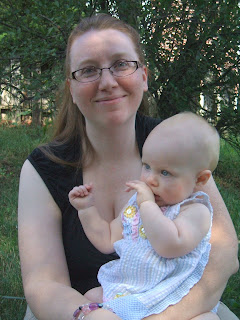 I'm a big fan of the Sci-Fi TV Show, Farscape. I was seriously addicted to the characters and the amazing story lines, not to mention the artwork, special effects and alien creations (Jim Henson...enough said). 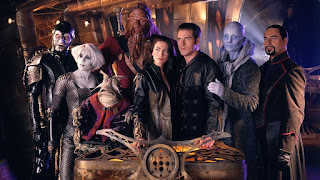 The love story between astronaut John Crichton and the Sebacean Peacekeeper pilot, Aeryn Sun, is what kept me glued to that show week after week. 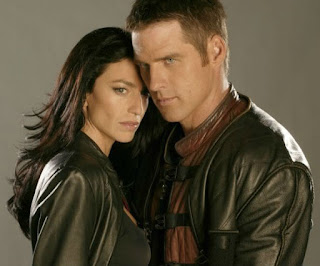 For those not familiar with the epic show, astronaut and scientist John Crichton (played by Ben Browder) was a test pilot for a new space shuttle. His first flight took an unexpected turn when he inadvertently created a wormhole and was hurled through space to arrive in a distant part of the galaxy where he eventually found himself onboard a living spaceship with a bunch of escaped alien convicts. 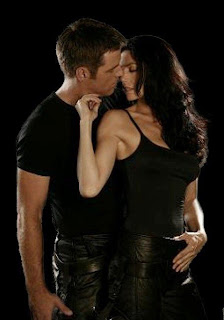 He joined them in running from the Peacekeepers, a strictly disciplined military organization that policed that part of the galaxy.

Aeryn Sun (played by Claudia Black), was a Sebacean Peacekeeper pilot that was captured by the escaped convicts and taken onboard their ship, Moya. Once she was considered by her commander, Crais, to be irreversibly contaminated from her contact with the crew, she had no choice but to reluctantly join them.

All Crichton and the crew wanted was to find their way home.

I love Aeryn's name. It's beautiful and strong, independent and unique. And I love the spelling of it. Though it sounds like "Erin," the spelling gives it that feminine quality that I wanted for my little girl.

Check out the other Wednesday Weekly Blogging Challenge posts!

Posted by Tricia Schneider at 10:51 AM